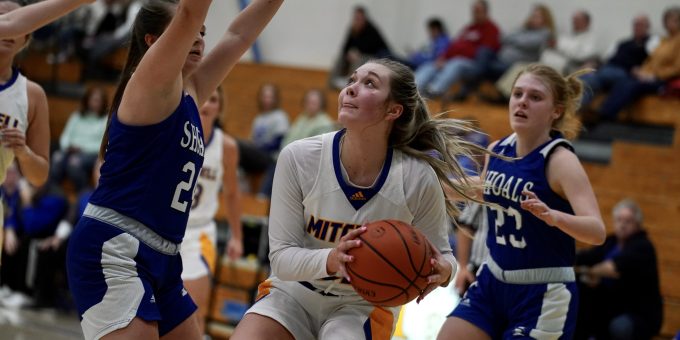 Mitchell High School is set to take on North Knox in the opening game of the Sectional round of the postseason, following Sunday’s IHSAA Pairings Show.

MHS are competing in the 2A 47 Sectional, which includes teams from Paoli, Sullivan, South Knox, North Daviess, Linton-Stockton, Eastern Greene and North Knox.

Games will be hosted at Eastern Greene on Jan. 31 and Feb. 1, with the matchup between the Bluejackets and the Warriors set to begin at 6:30 p.m. on Feb. 1.

This game will be a rematch from last year’s sectional opener, where North Knox defeated Mitchell 38-36. The Warriors went on to become sectional champions, before losing to eventual state champs Forest Park in the second round of regional play.

North Knox is 21-1 this season and currently ranked as the number 2A team in the state. Their lone loss on the year was to Brownstown-Central, who defeated them 31-30.

The Bluejackets are currently 4-16 on the season, holding wins over Perry Central Loogootee, Clay City and Shoals.

The Warriors average 53 points per game while holding their opponents to an average of 29 ppg.

The Bluejackets are averaging 37.5 ppg while giving up an average of 50 ppg.

The winner will take on the winner of the matchup between Linton-Stockton (16-3) and Eastern Greene (16-6) on Feb. 3.