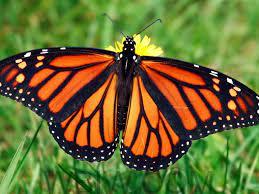 INDIANA — The monarch butterfly fluttered a step closer to extinction Thursday, as scientists put the iconic orange-and-black insect on the endangered list because of its fast dwindling numbers.

“It’s just a devastating decline,” said Stuart Pimm, an ecologist at Duke University who was not involved in the new listing. “This is one of the most recognizable butterflies in the world.”

The International Union for the Conservation of Nature added the migrating monarch butterfly for the first time to its “red list” of threatened species and categorized it as “endangered” — two steps from extinct.

The group estimates that the population of monarch butterflies in North America has declined between 22% and 72% over 10 years, depending on the measurement method.

“What we’re worried about is the rate of decline,” said Nick Haddad, a conservation biologist at Michigan State University. “It’s very easy to imagine how very quickly this butterfly could become even more imperiled.”