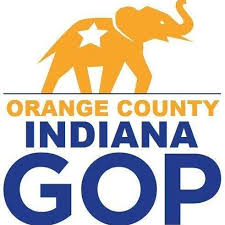 A moment of silence was observed for longtime Orange County GOP supporter Blanche Hall who passed away late last week.

Tom Bostic led a brief prayer followed by the Pledge of Allegiance.

Secretary Robert F. Henderson presented to the Caucus the names of two candidates who had filed within the required deadline for County Chairman which were Lonnie Stroud and Amy Morris.

After brief remarks from both candidates the Election of the Chairman was conducted with Morris being declared the winner.

Morris is believed to be Orange County’s first ever elected female GOP Chair.

Hinkle turned the rest of the meeting over to Chairwoman Morris who then conducted the election for vice-chair, secretary, and treasurer.

Results were as follows:

Zach Brown will serve as Vice Chair; Tara Jenkins, Secretary and Jadon Hinkle was tapped to serve as the group’s treasurer.

These individuals along with Chairwoman Morris will lead the Orange County GOP for the next 4 years.

Morris said, in closing, that plans would be announced soon in regards to the Annual Orange County Lincoln Day Dinner which traditionally serves as one of the party’s main fundraisers.