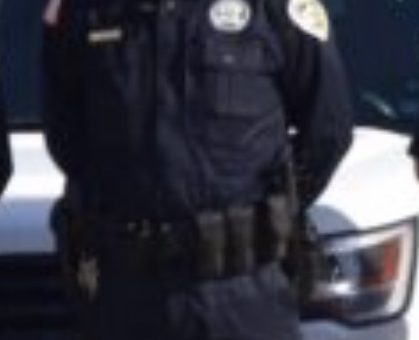 During the 911 call the residents of the home were heard arguing whether they were going to exit the home. Officials say Forrest Lindley suffers from dementia and did not want to leave the residence.

Orleans Police Reserve Officer Jeff Tillett arrived on the scene and, with the home already engulfed in flames, carried Forrest out of the home while he continued to refuse to leave.

Forrest and his wife Bernice were not injured in the blaze and will be staying with their son until things get situated for the Lindley’s.

The fire started in the kitchen when Bernice was fixing potato soup. The couple were in their living room when they saw a flash in the kitchen area and called 911.

“I always teach school children during our fire prevention programs that every room in the home needs a smoke detector, as well as a meeting place once they are outside the home,” said Orleans Fire Chief Ronald Roach.

Fire Chief Roach did not know whether the Lindley home had a working smoke detector or not.

The Orleans Fire Department had to return to the home four times throughout the morning and afternoon on Sunday for rekindles.

“The home had cellulose insulation which makes it very difficult to put out,” said Roach.

There were no injuries reported with this fire; however, two firefighters were treated at the scene and ambulance personnel monitored firefighters which is protocol for structure fires.

The home was a total loss.

Forrest lost a electric wheel chair in the fire and his pastor Mark Tope of Paoli Friends Church is coordinating efforts to help the couple. If you are interested in helping call 336-266-9586.