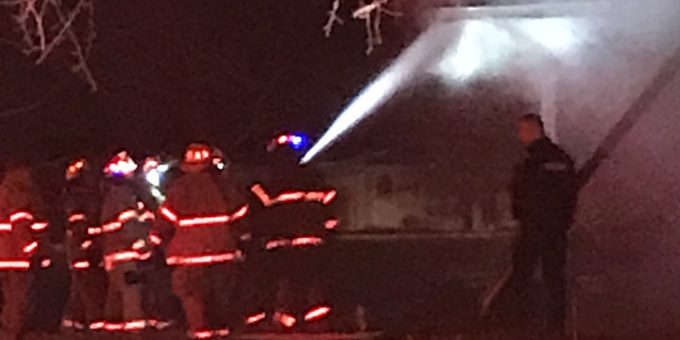 (ORLEANS) – An elderly couple were able to escape a house fire in Orleans on Saturday night.

Forrest and Bernice Lindley called 911 at 7:52 p.m. reporting their kitchen was on fire at their home at 708 West Jefferson Street in Orleans.

Upon firefighters arrival, the home was fully involved in flames.

“The couple reported they were in their living room when they saw something flash in their kitchen. At this time we do not know what sparked this blaze,” said Ronald Roach, Fire Chief of the Orleans Volunteer Fire Department.

“There were no injuries reported; however, two firefighters were treated at the scene. Also, firefighters were evaluated periodically which is routine when they have a structure fire to make sure they were doing fine,” Roach added.

The couple will be staying with their son until they can get things situated.

Firefighters were still on the scene after 10:00 p.m. working on finding hot spots throughout the home. The ladies auxiliary of the Orange County Rural Fire Department provided water and drinks to firefighters as they worked the blaze.