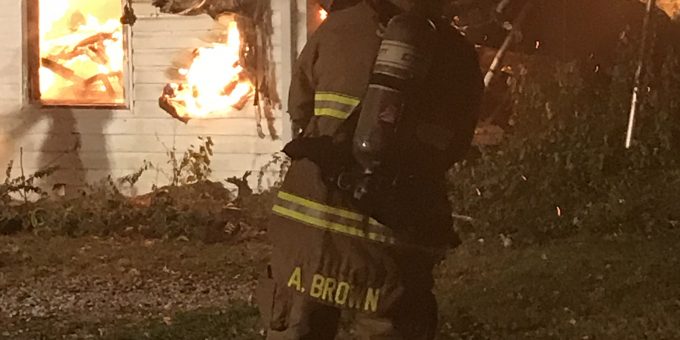 (BEDFORD) – Firefighters responded to a house fire at 8:26 p.m. Saturday.

Firefighters found a gas line on fire as they worked to get the fire under control.

The resident was not home whenever the fire started. They arrived on the scene several minutes later to find firefighters battling the blaze.

The homeowner was concerned about her dog that was in the home at the time of the fire. The dog got out unharmed out and the owner found neighbors were taking care of it.

Firefighters were seen still working to extinguish the fire as of 10 p.m. Saturday ensuring all of the hot spots were out.

No injuries were reported. The cause of the blaze is not known at this time.