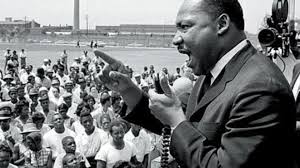 (BEDFORD) – The 31st Annual Martin Luther King Jr. “Unity in the Community” event is scheduled for January 19th at 2 p.m.

The event will take place beginning at the Lawrence County Courthouse rotunda, according to organizer Clarence Brown.

Following the march, those in attendance will gather at 3 p.m. at Momentum Community Church, 1403 R. Street.

Martin Luther King Jr. sought to raise the public consciousness of racism, to end racial discrimination and segregation in the United States and Brown shares that goal.

Momentum Community Church Pastor Reno Bates will offer a greeting and Brown will also speak during the event.

There will be singing and refreshments.

The event is free and open to everyone to attend.