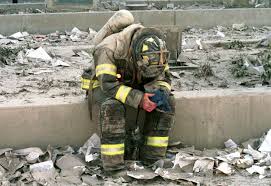 (BLOOMINGTON) – Ivy Tech Community College’s Bloomington campus will host a 9/11 remembrance event on Wednesday, September 11, 2019 at 9 a.m., in coordination with the City of Bloomington and Bloomington Metropolitan Fire Fighters Union Local 586. The event is public and the community is invited to attend.

Bloomington’s beam from the structure of the World Trade Center is permanently on display on Ivy Tech’s campus, in front of the Cook Pavilion.

Ivy Tech Community College (www.ivytech.edu) is the state’s largest public postsecondary institution and the nation’s largest singly accredited statewide community college system.  Ivy Tech has campuses throughout Indiana. It serves as the state’s engine of workforce development, offering affordable degree programs and training that are aligned with the needs of its community along with courses and programs that transfer to other colleges and universities in Indiana. It is accredited by the Higher Learning Commission and a member of the North Central Association.