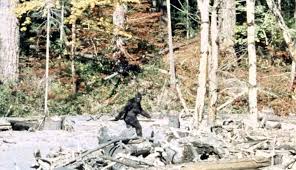 (MAMMOTH CAVE, Ky.) – A weekend camping trip in Back Country at Mammoth Cave National Park quickly took a dramatic turn when an individual fired shots at who he thought was Big Foot.

Campers were woken up in the middle of the night to strange noises and were met by a man saying something had destroyed their campsite.

One of the campers, Brad Ginn, told Wave 3 New that individual said – “it was Bigfoot country.”

The man flashed a gun at them and said to yell if they saw anything and he would come to assist.

The couple went back to their tent but moments later they heard gunshots. They dialed 911 and hiked 5-miles back to their car to meet Park Rangers.

“Mammoth Cave National Park Law Enforcement Rangers responded to a reporting of an individual with a firearm in one of our backcountry campsites in the early morning hours of Sunday, July 28,” Mammoth Cave’s Public Information Officer Molly Schroer told Wave 3. “The rangers made contact with all the parties involved. It is an on going investigation at this time.”

Mammoth Cave would like the public to know there are not any ongoing threats to the park and it is safe to visit.