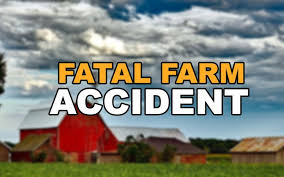 FAIR OAKS — A man died from his injuries after falling into a manure lagoon at a dairy farm in Jasper County.

A livestock lagoon is a small-scale waste treatment plant containing manure that is usually diluted with building wash water, water wasted at animal waterers, and rainfall.

First responders were called to the Windy Ridge Dairy farm at 8:37 a.m. after being alerted by other farm workers of the accident

According to Jasper County Sheriff Patrick Williamson Jr., Robert Van Baren, 30, reportedly fell into the lagoon on Thursday morning after a piece of equipment he was using rolled in and became submerged.

Emergency crews planned to pump the manure runoff out of the pond in order to locate Van Buren, but the process would have taken days. Instead, they sailed through the pond on a boat with a treble hook, which was eventually used to haul Van Baren out of the lagoon.

Van Baren was located just before 1 p.m., the sheriff said, more than four hours after he’d reportedly fallen into the lagoon.

Sheriff Williamson said an excavator was used to retrieve the vehicle and the agitator from the lagoon.

Coroner Andrew Boersma listed the cause of death as blood loss. The incident was ruled a farm accident.