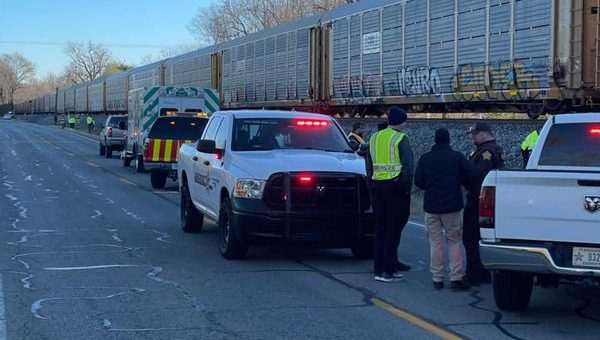 COLUMBUS – A Columbus man died Sunday after being hit by a train near Bethel Village.

According to police, 29-year-old Dylan Richard Lonaker, was walking on the railroad tracks when he was hit from behind by a northbound train at Dawson Street and State Road 11, about three miles south of downtown Columbus. The accident was reported at 3:15 p.m.

Lonaker was pronounced dead at the scene.

State Road 11 was closed for several hours while authorities investigated the accident.

The incident remains under investigation by the Bartholomew County Sheriff’s Department.