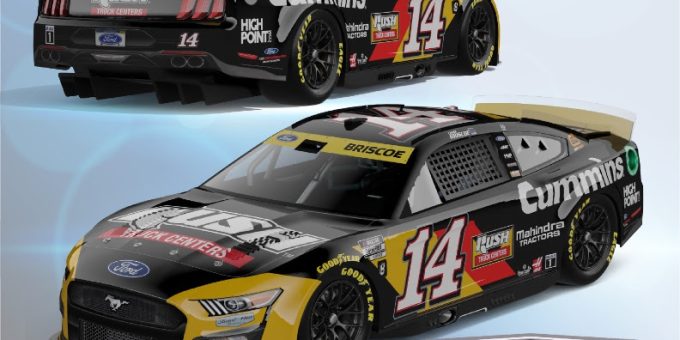 MARTINSVILLE, VA. – Chase Briscoe’s approach to the penultimate NASCAR Cup Series race of the 2022 season, the Xfinity 500 at Martinsville (Va.) Speedway has shifted drastically since the season’s first visit to the Virginia short track in March.

Briscoe enters Sunday’s race in a must-win position, eighth in the playoff standings and 44 points below the cutoff line to advance to the following weekend’s Championship 4 at Phoenix Raceway. Should Briscoe take home the victory, he will leave with the ornate grandfather clock traditionally awarded to the Martinsville race winner and, more importantly, lock himself into the chance to compete for his first Cup Series championship in just his second season.

Though the Mitchell, Indiana, native struggled to find his footing on short tracks in the Cup Series during his 2021 rookie season, the switch to the NextGen racecar in 2022 brought about a change in Briscoe’s performance. In the first race of the season on Feb. 6, the non-points Busch Light Clash on a purpose-built, quarter-mile paved oval inside the Los Angeles Memorial Coliseum, Briscoe was consistently one of the best on track through practice, qualifying, and the opening laps of the feature race. Five weekends later, he went on to earn his first career Cup Series victory on the mile oval at Phoenix, then four weeks after that walked away from Martinsville with a ninth-place finish, his best result in three starts at the half-mile, paperclip-shaped oval.

Teams have always had to adapt and change things with some of these tracks that we visit twice a season.

“The car drives fairly similar each time around, but from a team strategy standpoint, the setups are totally different,” said Chase Briscoe. “I mean, they couldn’t even get more different than what they are just with the rule changes and how much more knowledge we have now about this car. It has really changed the game. You also have a better sense the second time around of how the racetrack races. Looking back at the first race at Martinsville, who would have thought going into the first race that it was going to be really hard to pass? We’re now going into the second race knowing that, so we’ll change our strategy to go along with that.”

In the fall of 2020, when the NASCAR Xfinity Series returned to Martinsville after a 13-year hiatus, Briscoe drove to a seventh-place finish. The 27-year-old racer also owns two NASCAR Camping World Truck Series starts at Martinsville. His best result came in April 2017, when he started eighth and finished 11th. He returned that October to start on the pole and lead the first 39 laps before a late-race accident relegated him to a 19th-place finish.

Martinsville is one of those wild-card races where anything can happen and anyone can be the guy celebrating at the end. Does that make it the perfect race to host the cutoff leading into Championship Weekend?

“Yeah, it is kind of the perfect cutoff race. We go to some of these tracks and, especially on the short tracks, you can run out of patience pretty easily, added Briscoe. “You want to bump a guy and mess them up getting into a corner and you can’t even get to them. But at Martinsville, you have every opportunity to do that. When you add in the parity we’ve seen all year with the new car, it creates an opportunity for a lot more guys to be battling upfront now for the win. Guys who aren’t normally up front trying to get their best run of the year are mixing it up with playoff guys, and the playoff guys are obviously racing for their chance to go to the championship. There’s just a lot of chaos that can ensue at the end of these cutoff races and then when you put all of that on a track like Martinsville, it makes for a really unique race.”

Racing at Martinsville can be chaotic.

“Well, to make some of those moves guys typically want to make on a short track, whether that’s giving a little bump to mess up another driver, or even just going for the dive bomb, you have to have the opportunity,” Briscoe added. “You need to be able to get right on their bumper. You can’t do that at a lot of these places, but at Martinsville, you have to slow down so much for the corner. You can just drive in deeper and get right to their bumper or if you can get to their inside or outside, you can take away the space they need to make that turn. If you want to get to a guy and move him up out of the groove, you’re going to get the chance to do it. You just hope you’re not the guy that someone is trying to move because it’s impossible to get away from and sometimes impossible to come back from.”

Including his maiden Cup Series victory at Phoenix on March 13, Briscoe has driven to top-15 finishes at all but two of this year’s races on tracks one mile or shorter – a 22nd-place finish on April 17 in the dirt race at Bristol (Tenn.) Motor Speedway, where he led 59 laps but spun on the final lap while attempting a pass for the win, and a 23rd-place finish at Richmond (Va.) Raceway on Aug. 14, when his No. 14 Ford Mustang caught fire while he was running top-five. Last year, Briscoe’s best finish on the shorter tracks on the Cup Series schedule was a 13th-place result earned in the fall at Bristol.

● Indiana-based Cummins, from car owner Tony Stewart’s hometown of Columbus, is a corporation of complementary business segments that design, manufacture, distribute and service a broad portfolio of power solutions. It is best known for its diesel truck engines. Since its founding in 1919, Cummins has grown to employ approximately 61,600 people and serves customers in about 190 countries and territories through a network of some 8,000 wholly owned and independent dealer and distributor locations.