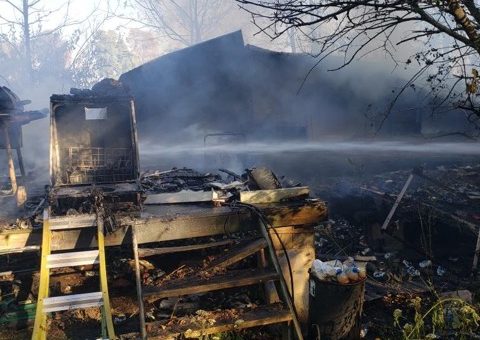 The fire was reported at 5:34 p.m. According to Shawswick VFD Chief Bob Brown, when firefighters arrived the mobile home was on the ground. The fire had consumed it.

The home is owned by Jason Grant, who told firefighters he has no insurance. Grant was not home when the fire was reported and arrived on the scene while firefighters were battling the blaze.

Also on the scene was an IU LifeLine ambulance crew and an REMC technician who disconnected the power to the mobile home.

Firefighters remained on the scene until 7:45 p.m.