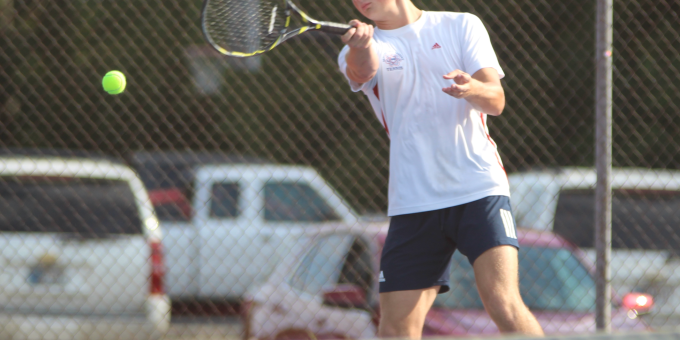 Hill, inserted into the lineup while Gavin Baker battles through an illness, carded a 6-1, 6-0 victory over Carson Jones. BNL’s Graham Turner also came through with a singles point while topping Jace Luttrell 6-4, 6-4 at No.1.

“We made a lineup shift,” BNL coach Chris Kurtz said. “Orion has been right on the verge of making a impact for us, and this was the night. He worked the points, wore out his opponent, just controlled the whole match.

“This was a good win. It very easily could have gone the other way, but our guys played hard from game one and were tough the rest of the way. We’ll hope to carry this momentum into Senior Night.”

The Stars won at No.2 doubles as Nate Pemberton and Carter Kimmel rolled over Sammy Craig and Cason Owens 6-2, 6-1.

BNL (5-10) will host Salem and honor the upperclassmen on Thursday.