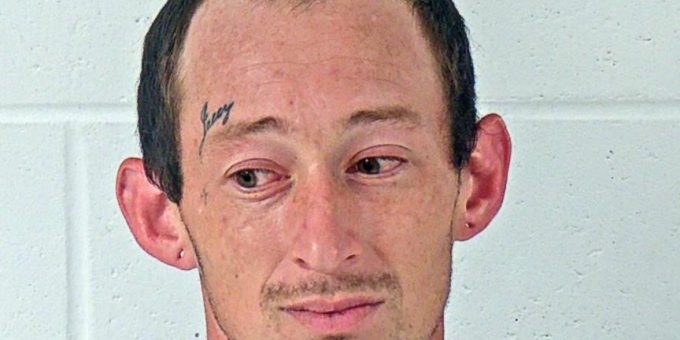 BEDFORD – A Bedford man was arrested after a warrant was issued for his arrest on charges of domestic battery.

On August 28, 2022, at 5:31 p.m. Lawrence County Central Dispatch received a call reporting a domestic battery and the woman who was injured had fled the home and was waiting to speak to an officer at a nearby church on SandPit Road.

The woman said 30-year-old Samuel Payton had pushed her and put his hands around her neck.

When officers arrived at the church, they found the woman crying. She told police she and Payton were attempting to work things out in their relationship. She said she had picked up food at Taco Bell and was taking it to Payton.

Payton was angered that the woman forgot to bring a Cricut device.  Payton then took several ultrasound photos of the woman’s unborn baby from inside her vehicle and refused to give them back to her. Payton also proceeded to light one of the photos on fire with a lighter. Payton then went inside a shed on the property. When the woman attempted to follow him inside, he closed the door. Eventually Payton opened the door to the shed where he grabbed her by the neck, pushed her and told her to leave.

Police noted there was a slight red mark in the middle of the woman’s neck.

Payton made attempts to apologize by hugging the woman when she threatened to call the police. When the woman told Payton to get off of her he then punched her in the stomach and fled into a nearby field.

He claimed that he was asleep in the shed when the woman arrived and the door was locked. When the woman attempted to open the door, he got out of bed and unlocked the door. He told her she needed to leave, not come back and shut the door.

He stated the woman continued to try to open the door.

She then took a pressure washer that was sitting next to the shed and put it in her car. She told Payton he could explain what happened to the pressure washer and then threw it out of her vehicle. She then got in her car and drove away to later return. The woman eventually left when Payton told her to leave. Payton continued to claim he never touched the woman but did get loud with her

Police say during their investigation Payton was cooperative with officers. Police confirmed the woman did file a protective order against Payton and it was served on March 25, 2022.

Payton was detained on a charge of domestic battery.