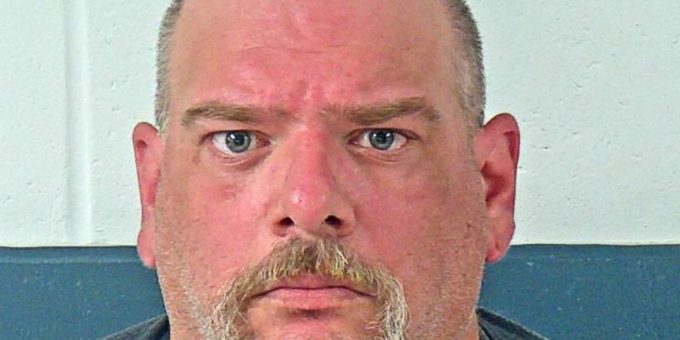 BEDFORD – A Bedford man was arrested on a warrant after Bedford Police officers responded to an incident on June 29, 2022, at 6:21 p.m. at Saddler Court apartments.

According to a probable cause affidavit, officers met with a woman who said she was living in the apartment with her grandparents

She told police while living there 46-year-old Jefferson Minton had assaulted her.

She told police the incident took place on March 7, 2022.

She reported Minton had hit her left shoulder that was injured. She said he then moved behind her and began massaging her shoulder and while doing so started to kiss her neck and was pressing against her until another family member walked into the room and he stopped.

A second incident occurred between May and June 2022. She said she walking into a bedroom to get some cream for her shoulder and he once again began massaging her shoulder without asking. He then kissed “all around her neck” He then bent her over a bed and pressed against her. The woman attempted to get away and he grabbed her arm and yanked it behind her causing pain.

She was finally able to break away and flee the room.

The woman told police she is afraid of Minton because he owns firearms.

Police spoke to Minton and he got emotional and appeared nervous. Minton told police he recalled both incidents and that he did massage her injured shoulder. He said he never kissed her neck but in the past had given her a kiss on the forehead when she would come home from work but she had told her grandmother about it so he stopped kissing her.

He did admit that he had pushed his body against the female and that she did try to get away from him.

The information was forwarded to the Lawrence County Prosecutor’s Office and a warrant was issued for Minton’s arrest on a charge of domestic battery.