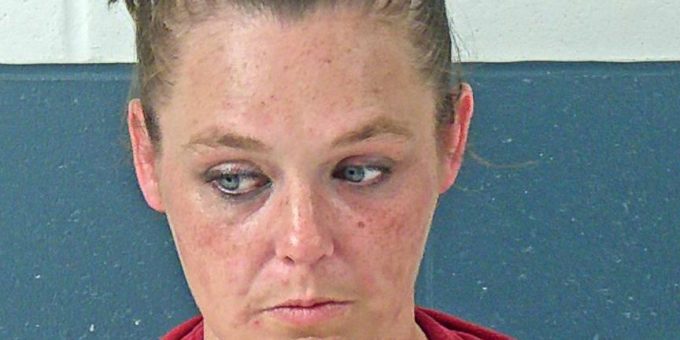 BEDFORD – A Bedford woman was arrested on drug charges after a warrant was issued for her arrest.

Police arrested 33-year-old Chelsay Linton, on charges of possession of meth, possession of drug paraphernalia, and driving while her driver’s license was suspended.

According to a probable cause affidavit, on June 9, 2022, at 12:35 p.m. an Indiana State Police detective was working a drug investigation when they spotted a silver 2004 Chevrolet Cavalier at the residence.

A short time later, the driver of the vehicle left south on Lincoln Avenue, north of 1st Street.

The detective followed the vehicle, that was speeding and also had a loud muffler.

Before the detective could stop the vehicle, the driver pulled into a gas station at Lincoln Avenue and 4th Street.

The ISP trooper attempted to catch up to the vehicle that then turned east on 7th Street and then turned south into the Stone City Products property. A female passenger exited the car, which then took off at a high rate of speed further into the property.

The trooper stopped the vehicle near a back building.

The trooper asked Linton for her license but she told the officer she did not have a  license.

She told the officer she was speeding because she was attempting to get back in time from her lunch break. She also knew her muffler was defective and planned to have her father fix it.

She was detained for not having a driver’s license or insurance on the vehicle.

Linton told the trooper she had left work to go get food at the gas station and was returning to work. When asked if she had stopped anywhere else she replied no.

A Lawrence County canine officer arrived on the scene and the dog alerted officers to possible drugs in the vehicle.

During a search of the vehicle, officers found a zipped-up bag in Linton’s purse. In the bag was a glass smoking device containing meth residue and a pill bottle that contained two small plastic baggies with crystal meth.

The information was forwarded to the Lawrence County Sheriff’s Department and a warrant was issued for Linton’s arrest.