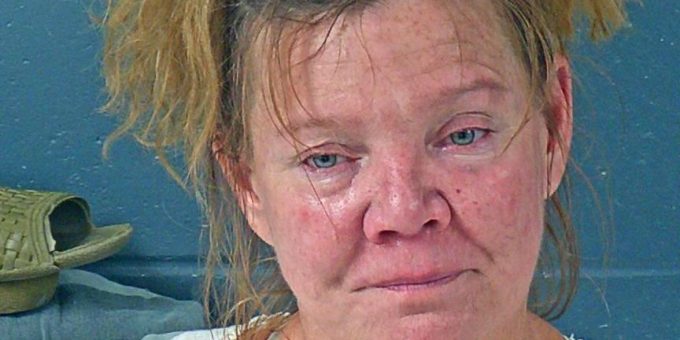 BEDFORD – A Bedford woman was arrested after police say she was driving while intoxicated and crashed into a mailbox, landscaping, and then a house on Vinegar Hill Road Sunday.

She was treated by medical personnel on the scene but declined medical treatment. She was arrested on charges of operating a vehicle while intoxicated endangerment, and possession of a narcotic drug with enhancing circumstances.