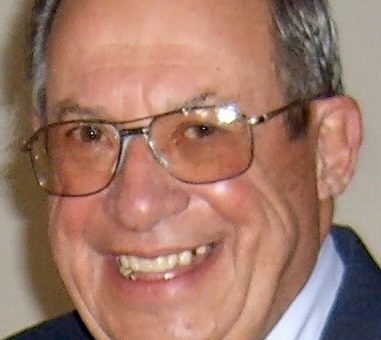 Essell Lloyd Bever, a vibrant and loving person, passed away at the age of 86 on Friday, September 2, 2022, with his daughter Dawne Bonds at his side.

Essel was born November 24, 1935, in Satanta, Kansas to Claude and Vera Mae (Bunch) Bever and raised in Madison, Indiana.  While working in Mitchell, Indiana he met the love of his life when he asked a local who the prettiest girl in town was.  He called and asked if she’d like to go out for a cup of coffee.  He married that girl, Martha Elizabeth “Liz” Ellis, on January 13, 1961.

Essell was a proud alumnus of Purdue University and Sigma Chi Fraternity.  As a Civil Engineer, he was interested in how things worked and happily told others how the Romans did things in ancient times.  He loved traveling with his wife and had especially fond memories of Spain and Greece.  They shared a love of nature, classic Westerns, and sports, and enjoyed watching ball games together.  Retiring to Cedaredge, CO, he could often be found on the Grand Mesa, fishing on his own or with family and great-grandsons.

Visitation will be on Saturday, September 10th at the Haverly Chapel in Mitchell, IN from 11 a.m. until 1 p.m. with a service at 1 p.m.  A separate graveside service will be at 2:30 p.m at Ames Chapel Cemetery in Paoli, IN.

In lieu of flowers, donations can be made to the Brain Injury Association of America, www.biausa.org.