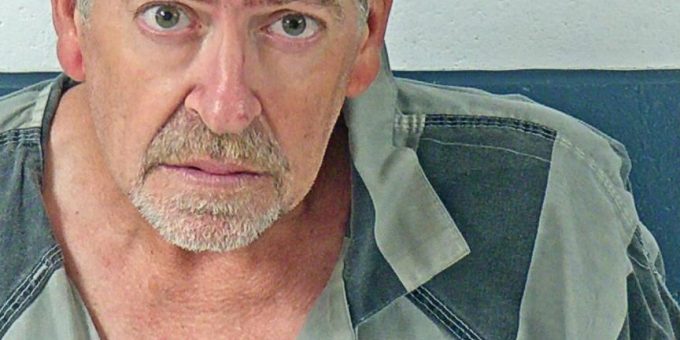 BEDFORD – A Bedford man was arrested Thursday, when Bedford Police officers were called to 209 Lincoln Avenue after a report of a domestic fight.

While en route, the dispatcher told officers the caller was in the basement and the accused male was upstairs. They were also told there was an active protective order against 60-year-old William Crawford. He was not to have contact with the woman.

As they entered the home, Crawford climbed the stairwell and the female remained at the bottom of the stairwell.

Officers attempted to detain Crawford. He “powerfully and forcefully pulled away from officers”. Officers placed him against the refrigerator to gain control. Crawford continued to try to “powerfully pull away, but officers were able to finally place him in handcuffs”. He was then walked out of the house so an officer could speak to him.

Another officer spoke to the female who remained in the home.

The woman told officers that while she and Crawford were arguing he grabbed her hand and arm, and squeezed them which hurt her.

She stated at one point she was in the doorway to the exterior of the home and Crawford  pushed her into the door frame. The officer did notice redness and bruising to both her right tricep and right arm pit area.

Crawford was confrontational and beligerent while the officers attempted to speak to him outside..

While walking to a police vehicle, Crawford grabbed the railing next to the driveway and had to be pulled from the railing. He was then taken to the ground to gain control.

Crawford remained uncooperative and he had to be carried to the patrol vehicle. As he was taken to the car, Crawford continued to kick at the officers.

The woman refused medical treatment and signed a battery affidavit.

Crawford was arrested on charges of domestic battery, invasion of privacy, resisting law enforcement by force, and disorderly conduct. Crawford was transported to the Lawrence County Jail.