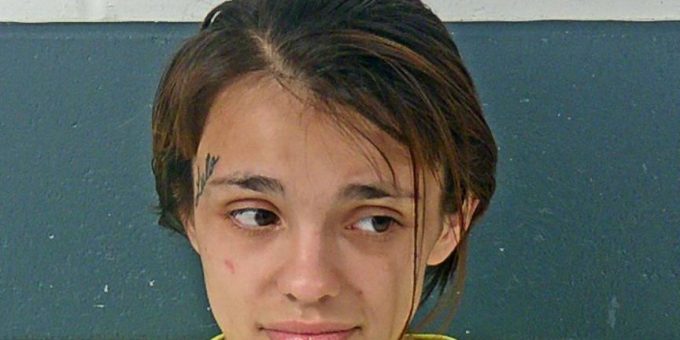 Officers recognized the two individuals from an earlier incident.

The female was identified as 22-year-old Alicia Diviney. She told the officers she  “just wanted to walk home” which she proceeded to do. The male, told officers that Diviney had bit him.

The male told an officer that Diviney was gathering her items in the back of his vehicle and he had asked her “to not take his stuff”. He was parking the vehicle when Diviney bit him in the neck. He told the officer he did not want to press charges. Police reported the male had a bite mark on his neck that was red and a scratch below his right ear that was bleeding.

Diviney refused to cooperate with the police when they requested she stop yelling while she was inside the police department and as she was escorted to a police vehicle.

The woman reported to the officer the bite mark was old. She also stated he grabbed her by the neck and put her head down by his legs and said the male had “grabbed her up”. The officer said there were no red marks on her neck but her shirt was ripped.

However, a Bedford Police dispatcher told the officers he had received a call about a verbal fight in front of the station and could hear the male and female arguing. At one point the male yelled in the background “Ow, she bit me”.

The Lawrence County Jail later reported to the Bedford Police Department that baggies with meth residue and syringes were located in Diviney’s backpack.