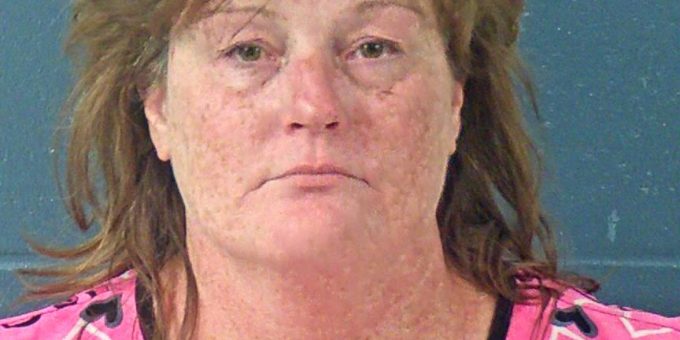 BEDFORD – A Bedford woman was arrested Wednesday after she drove her Equinox over the curb at a fire scene and onto the grass.

According to a probable cause affidavit, on Wednesday, Bedford Police officers were assisting the Bedford Fire Department at a working fire at Cambridge Square.

On the scene were numerous fire trucks, an ambulance and three police vehicles.

While officers were blocking traffic, officers noticed a gray Chevrolet Equinox arriving on the scene. The driver of the Equinox, 52-year-old Bridget Fisher, drove over the curb and onto the grass. Shortly thereafter, Fisher walked toward the officers. An officer told Fisher she could not go into the building, but she seemed confused and would not heed the officer’s warning.

She then told the officer she had a client she needed to see. The officer told Fisher everyone had been evacuated from the building.

During the interaction, the officer noticed Fisher’s speech was “slurred and unintelligible” and she had “poor balance as she began to sway backwards”.

The officer detected the odor of alcohol emitting from Fisher’s breath and person.

Fisher was asked to perform three field sobriety tests which she failed. She was administered a preliminary breath test, which registered a blood-alcohol content of 0.248 percent. The Indiana legal limit is 0.08 percent.

While searching Fisher’s pockets, police found 10 white pills and a baggie that contained 11 additional pills. They also found a partially drunk bottle of Fireball Whiskey in her purse. The pills were later identified as Acetaminophen and Hydrocodone Bitartrate. Fisher did not have a prescription for the drug. Fisher was transported to IU Health Hospital for a blood draw and then transported to jail on charges of operating a vehicle while intoxicated, OWI endangerment, possession of a legend drug, and possession of a controlled substance