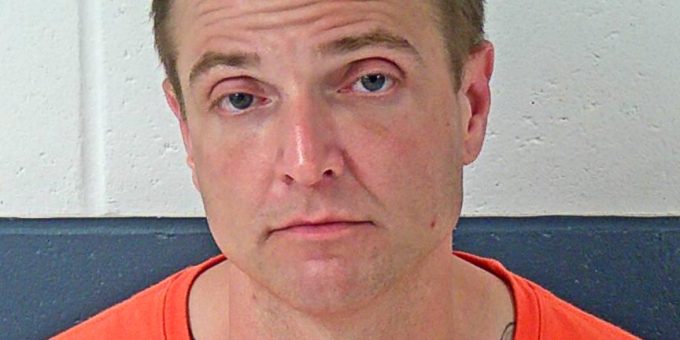 BEDFORD – A Bedford man faces a meth charge after Bedford Police officers were contacted by a Lawrence County Sheriff’s Department detective who reported he had received information from multiple confidential informants that 44-year-old John Tegarden was dealing meth and heroin in large quantities.

According to informants the drug transactions were taking place out of a local hotel in the area of State Road 37 and 5th Street.

While patrolling the area a Bedford Police officer located a red Pontiac G6 turn left out of the Super 8 Motel parking lot on Bellback Road. The vehicle traveled to 5th Street and then to State Road 37 and recognized the driver as Tegarden.

The officer followed in behind the vehicle and realized the license plate came back to a “light colored” Pontiac.

The officer stopped the vehicle because the red vehicle that he was driving did not match the vehicle color listed on the BMV return.

Tegarden was placed in handcuffs and detained.

Due to the information obtained, officers asked to search Tegarden’s motel room. He denied that request. When asked if there was anything illegal in the motel room he replied, “probably, I don’t  know.”

A search warrant was requested for Tegarden’s motel room, which Superior Court II Judge John Cline granted. On Thursday at 2:58 a.m. officers executed that search warrant. Inside they found a woman who was detained during the search. Officers found nothing in the motel room and the woman was released.

Tegarden faces charges of possession of meth and maintaining a common nuisance.