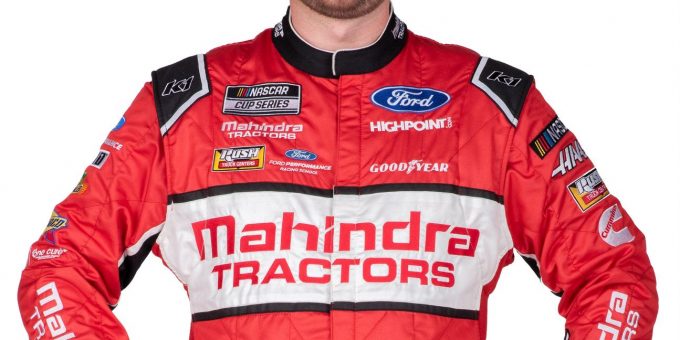 DAYTONA – Chase Briscoe, driver of the No. 14 Mahindra Tractors Ford Mustang for Stewart-Haas Racing (SHR), returns to the scene of his career-first top-five finish in the NASCAR Cup Series during Saturday night’s Coke Zero Sugar 400 at Daytona (Fla.) International Speedway. Briscoe finished third there in this year’s season-opening Daytona 500. It was his best finish in three points-paying starts at Daytona.

Chase Briscoe, Driver of the No. 14 Mahindra Tractors Ford Mustang for Stewart-Haas Racing said he will not change his strategy.

“We’ve been doing the same thing the last few weeks just working to get points, playoff points with stage wins if we’re in position to do so and, if we’re in a place to go for a win, we will,” said Briscoe. “I don’t think that changes. We’ve got a good amount of playoff points, but more is always better. There are guys who have terrible first rounds but the points they started off with have kind of saved them from elimination. I hope we don’t need that, but any help we can get to start the playoffs is always better.”

Three weeks later, on March 13 at Phoenix Raceway, Briscoe followed up his Daytona breakthrough with his first Cup Series victory. It secured the 27-year-old driver’s position in this year’s 16-driver playoff field. In his two fulltime NASCAR Xfinity Series seasons in 2019 and 202, Briscoe qualified for the playoffs both years and reach the Championship 4 at Phoenix in 2020. He will make his Cup Series playoff debut next weekend at Darlington (S.C.) Raceway.

Before the Daytona 500, Briscoe set goals to consistently run up front and compete for wins, to win a race or two, and to make the playoffs. Briscoe talks about his goal for the final 10 races.

“I try to set realistic goals, at least ones I feel are realistic, and I’ve said all along that I’d really like to not just make the playoffs but make a run in the playoffs to try to get to that final race,” added Briscoe. “Maybe we don’t make it that far, anything can happen with this format. But, we’ve been up front and in position to win several races and I’ve made a move to give it away. We had some things we tried that didn’t work and we’ve gone in a different direction, but I think we’ve learned enough to go into the playoffs, compete with some of these other guys and give a good effort to make it to Phoenix.”

Outside the Cup Series, Briscoe has made six previous starts at Daytona – four in the Xfinity Series and one apiece in the NASCAR Camping World Truck Series and in the ARCA Menards Series. He has started inside the top-10 for five of those races, with his best being a third-place qualifying effort in the 2016 ARCA season opener. His best finish is third, earned twice – August 2020 in the Xfinity Series and February 2017 in the Truck Series.

Mahindra Tractors, a brand of Houston-based Mahindra Ag North America, returns to the No. 14 Ford Mustang for Saturday night’s event. Part of Mahindra Group’s Automotive and Farm Sector, Mahindra Ag North America is the No. 1 selling farm tractor company in the world, based on volumes across all company brands. Mahindra farm equipment is engineered to be easy to operate by first-time tractor or side-by-side owners, and heavy duty to tackle the tough jobs of rural living, farming and ranching. Steel-framed Mahindra tractors and side-by-sides are ideal for customers who demand performance, reliability and comfort at a great value. Mahindra dealers are independent, family-owned businesses located throughout the U.S. and Canada.