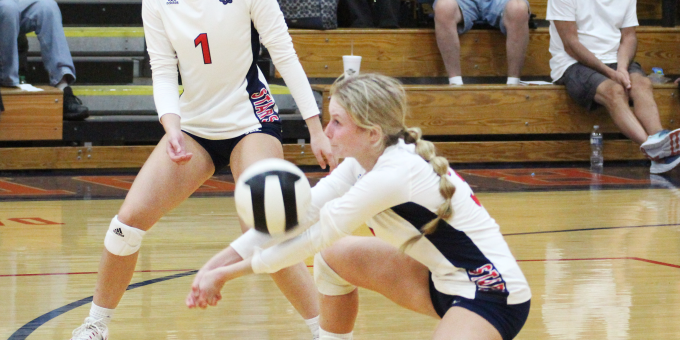 “A heart-wrenching loss,” BNL coach Whitney Carroll said. “We knew they played hard, they’re a good volleyball team, but we gave them a fight. We had so many positives and every game, we get better. We just give away too many points. We’ve got to find the hitters that are going to consistently put the ball away.”

BNL shifted Annie Waggoner to a hitting position, and she responded with 10 kills, 23 digs and 4 aces. Hayley Davis had 14 digs and 6 kills, Cami Anderson had 11 kills and 10 digs, and Kendlyn Alvery added 9 digs.

“We are utilizing Cali Mansker as second setter now and she’s doing a phenomenal job,” Carroll said. “That opens up Annie as a hitter, which really gave us some leverage.”

The Stars will return home to host Jennings County in the Hoosier Hills Conference opener on Thursday.