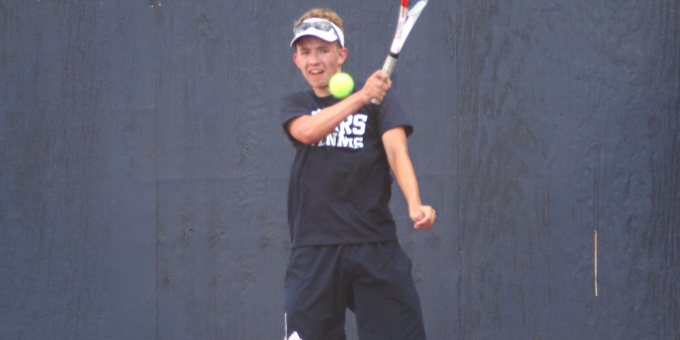 The Panthers posted a 4-1 victory, with Isaac Bridges breaking through to get BNL (2-5) on the scoreboard at No.3 singles.

Jennings had power hitters at the top of the lineup. Owen Law, with vicious strokes and hard serves, wore down Graham Turner 6-2, 6-1 at No.1 singles, while Justin Ramey and Ryan Schuck were tough on the service line and clipped Jayden Kemp and Drew Stephenson 6-4, 6-2 at No.1 doubles.

Bridges won a patient battle with Janne Sebastian at No.3, carding a 6-4, 6-2 victory.

“I’m proud of Isaac for breaking through tonight and getting the win,” BNL coach Chris Kurtz said. “He and his opponent had similar playing styles, and Isaac did it better.”

Jennings also won No.2 singles with Parker Bales topping Nate Pemberton 6-0, 6-3, while Alex Leach and Ty Zahrlaut pulled out a late break in the first set en route to a 7-5, 6-1 win over Gavin Baker and Carter Kimmel at No.2 doubles.

“Jennings was solid,” Kurtz said. “I thought our guys played and fought well. The doubles teams showed some encouraging things out there, and all the singles players really worked hard.”

The Stars will host Brown County on Thursday.