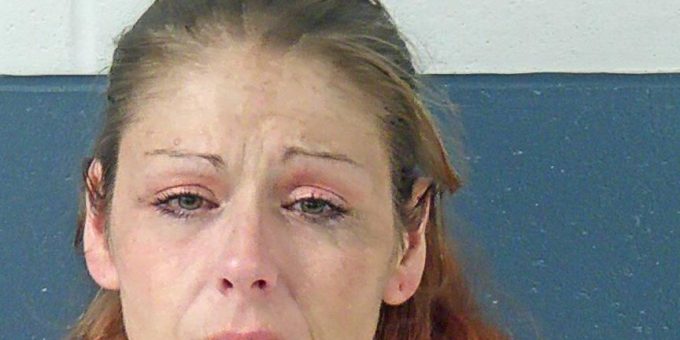 BEDFORD – A Williams woman was arrested on Monday after a Bedford Police officer made a traffic stop the officer witnessed a blue Hyundai Santa Fe “cut rapidly across M Street from Walgreen’s parking lot.

The driver was 37-year-old Latisha Johnson and the officer said she rapidly cut through the parking lot, parked, and exited her car to walk away.

An officer made contact with Johnson and she told the officer she “had to go to the BMV and take her test”.

“She argued that her “MyBMV” account showed her operator license as active despite earlier stating that she had to re-test,” the officer wrote in a probable cause affidavit.

The officer noted Johnson was “nervous, shifting her weight and becoming argumentative about her license status”.

The driver granted the officer permission to search her vehicle and her person, but not her purse that she had placed on the hood of the officer’s police vehicle.

The officer removed the purse from the hood and placed it back into the vehicle for officer safety.

Canine officer Zazu conducted a free air sniff of the vehicle which resulted in a positive alert for drugs.

Johnson then admitted there was a burnt marijuana roach in the vehicle. As officers conducted a vehicle search, Johnson admitted there were multiple syringes and methamphetamine in her purse, as well as a knife.

An officer found several syringes and a cut straw that tested positive for meth. A false cigarette lighter outlet containing a Clonazepam pill and a plastic baggie containing meth were located in a silver cylindrical container in Johnson’s purse. Johnson was arrested on charges of possession of meth, unlawful possession of a syringe, and possession of a controlled substance.