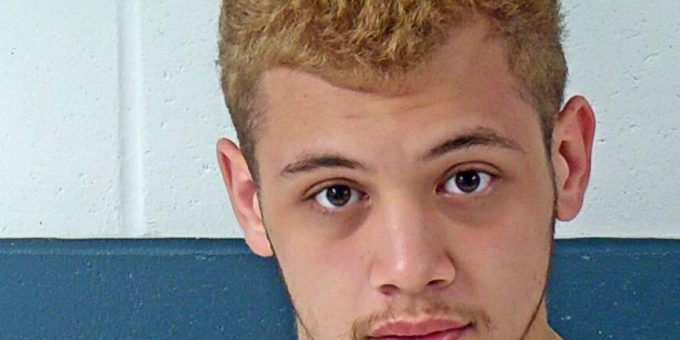 BEDFORD – A Spencer man was arrested on Monday after a Lawrence County Sheriff’s Department deputy received a call at 9:20 p.m. reporting his 2008 black Ford Escape had been stolen.

The male stated his vehicle was taken from the corner of US 50 East and Shawswick Station Road. Lawrence County Dispatch advised the vehicle was seen headed back towards the City of Bedford.

The father of the owner of the vehicle told police he located the vehicle parked in a driveway on Saddler Drive.

Officers responded to locate the vehicle.

The unattended vehicle was located at the residence of 1771 Valley View Drive in Bedford.

The owners of the residence stated they noticed the vehicle parked in the driveway prior to the officers’ arrival and there “was a male in the area walking around barefoot and was not making sense”. The woman told police the male was currently “just up the road”.

Lawrence County Dispatch then received a 911 call reporting a male was sitting on a truck that was on the road. Bedford Police were able to detain that male. That male was 20-year-old Elijah Del Fierro, of Spencer.

Del Fierro told police he found the car on the side of the highway, got in, and drove off.

Police said Del Fierro seemed confused and “went back and forth from stating he took the vehicle to he didn’t take the vehicle”.

Officers said Del Fierro was “heavily impaired on something”.

Del Fierro was arrested on a felony charge of auto theft after being medically cleared at IU Health Hospital.