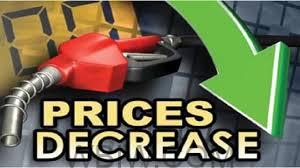 INDIANA – The cost of diesel has fallen below $5 a gallon easing inflationary pressure on everything from trucking and farming to construction.

The national average for diesel dipped slightly below $5 a gallon on Thursday for the first time since March 9, according to AAA.

The spike in diesel prices this spring set off alarm bells because it is a key fuel for the entire US economy, powering not only farm and construction equipment but also the trucks, trains, and boats that move goods across the country.

Virtually everything consumers buy is at some point shipped on a truck that runs on diesel. Businesses typically pass along at least some of those rising fuel costs to consumers.

According to CNN, the White House was so concerned about the price surge that in May US officials considered releasing diesel from a rarely used emergency stockpile to ease the supply crunch. Ultimately, the Biden administration opted not to tap the Northeast Home Heating Oil Reserve, which only stores about a day’s worth of supply for the region.

The national average for regular gas fell to $3.93 a gallon Thursday, according to AAA. That marks the 65th consecutive day of declining prices since gas hit a record high of $5.02 in mid-June. Prices in 14 states, including Florida and Iowa, are averaging less than $3.60 a gallon.