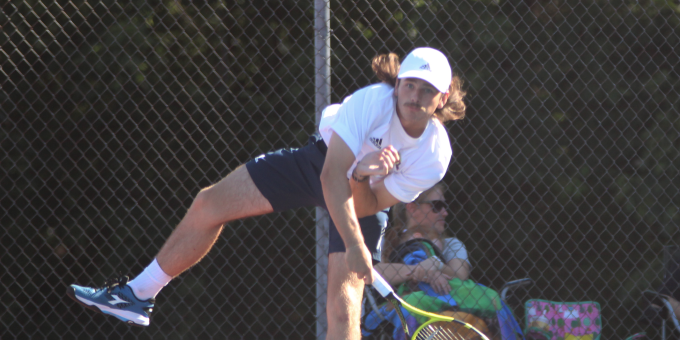 BEDFORD – Bedford North Lawrence got a first-hand look at upper-level competition across the net. While the Stars pushed Bloomington South to extended matches in terms of time on the court, the final result was quick and not exactly painless.

The Panthers dropped only six games while cruising to a 5-0 victory over BNL on Tuesday afternoon.

South’s Evan Kantor and David Ciucu decked Gavin Baker and Isaac Bridges 6-0, 6-1 at No.1 doubles, while Josh Sang and Connor Couch downed Carter Kimmel and Drew Stephenson 6-2, 6-0 at No.2.

“Nothing for our guys to hang their heads about in this one,” BNL coach Chris Kurtz said. “I thought our effort was really good last night, and even better tonight. South is just one of those top-level programs that does everything well, from junior tennis all the way up.

“The scorebook doesn’t tell the full story this time. Our guys fought for each point, and tonight were able to keep attitudes and emotions in check. It’s true, this was about as good as we could play right now, and we were good.  South is just that much better.  One of these days though, we’ll keep working.

“Our doubles teams returned the ball better and moved better. The singles guys battled hard all night, and played like they belonged there. I think the entire team will draw a lot from both of these experiences the past two nights.”

The Stars (0-2) will travel to Linton on Thursday.