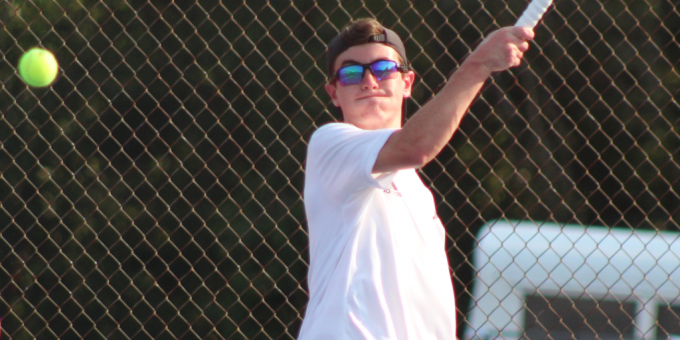 BEDFORD – Chris Kurtz spent the summer as a skeptic, taking a hard look at the potential lineup for Bedford North Lawrence when the 2022 season started. The more he watched, the more he liked. He saw their faces, now he’s a believer.

With five returning veterans in the seven-player rotation, the Stars have the talent and experience to match Kurtz’s optimism. BNL (9-11 a year ago, when various circumstances forced constant lineup shuffling), will be solidified, ready to build a team capable of contending for titles.

“Our goals are always going to be winning championships,” Kurtz said. “There won’t be ‘we can’t do anything.’ We’re going to try to do everything. We’re going to surprise some teams.

“I wasn’t sure after last year, having to make so many adjustments, I was concerned about the growth. And we lost three important pieces for the lineup. But I feel like we have a group that’s hungry, they’ve been out here playing all the time, they’re physically stronger. I’m way more excited after watching them play the last couple of months. We have the potential to be a better team than we were last year.”

There’s still some possible flex in the lineup, but not at the top of the singles slots. Graham Turner, stepping up from his No.2 position last season, will be locked in at No.1. Behind him, Gavin Baker (who was used as a hole plugger with all the shifting last season) and Isaac Bridges will be battling and bouncing back and forth.

“Coming off where we ended the season last year, Graham is our No.1,” Kurtz said. “He had a good year last year, he’s done a lot of improving. I’m excited about what he’s going to do for us.

“Our lineup was shifting all the time last year, and Gavin jumped in. He’s looking to fill in a spot somewhere. He and Isaac are very close, they have different styles of play, and on any given day one of those two can beat the other. So we’re not sure how that will shake out.”

In doubles, BNL will start with Jayden Kemp and Nate Pemberton (the duo that ended 2021 together) at No.1, while Carter Kimmel and Drew Stephenson are penciled into the second spot.

“We’re pairing up veteran guys at 1,” Kurtz said. “We’re anxious to see what happens with that pairing. Although that spot could change, they might be more valuable split up than together. We’ll see about that after we play some matches.”

BNL will open the season at home against Barr-Reeve on Monday.