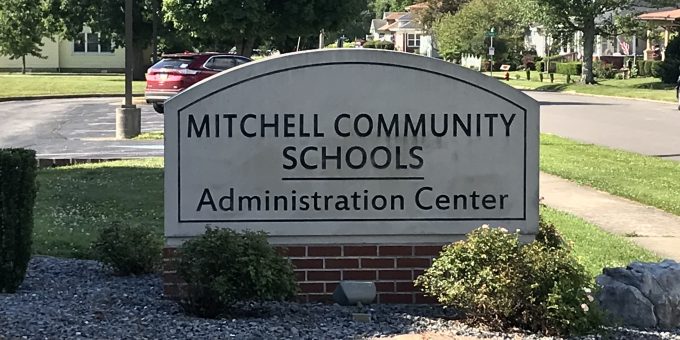 The football field is ready to install the artificial turf, which has been delayed due to supply chain issues and delays, and will not be ready for the start of the football season as originally planned.

The football scrimmage for the Blue Jackets and the Bedford North Lawrence Stars set for Friday, August 12th has been moved to BNL, and the first game of the season against the Edgewood Mustangs has been moved to an away game. The turf is anticipated to arrive the week of August 15th and is estimated to take up to two weeks to install. The first home football game is expected to take place on September 16th against the Crawford County Wolfpack.

The progress for the field house is continuing as scheduled, as brick continues to be placed every day. As a part of this work, the school corporation asks parents and students arriving at the Junior High School earlier than 7:50 a.m. to enter the building at the front office to avoid any safety issues. Those arriving after 7:50 a.m. can continue to use the east entrance off of 9th Street as faculty and staff will be present to supervise the area.

The Baseball and Softball Fields are in the process of adding berm seating to the outfield areas of both fields for seating for the games. Additionally, the bleachers removed from the fields were sold for $1,000 to the Lawrence County Fair Board following a bidding process.