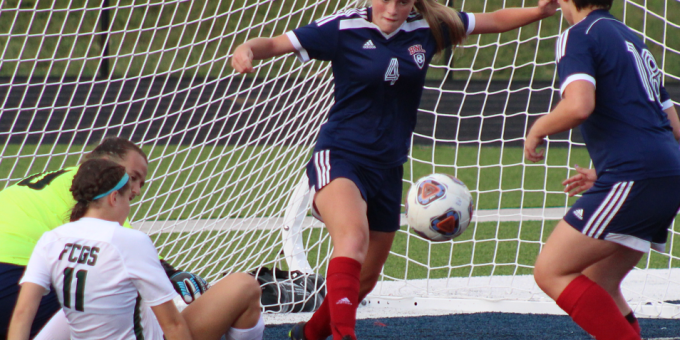 BEDFORD – Bret Roberts knows what it’s like to rebuild after losing her home and belongings in a fire. Her alma mater program nearly suffered the same fate when Bedford North Lawrence finished the 2021 season with only eight players, its future shrouded in smoke.

But from the ashes, like the legend of the Phoenix, something new is rising. BNL’s team demise appeared inevitable, but now there’s hope. Instead of doom and gloom, there are sprouts poking through the ruin. Robert, a 2014 BNL grad and former assistant coach, has taken over as a new head coach, recruited more than enough athletes for a varsity roster, and started the long process of starting over.

With 15 players on the field, the Stars have enough numbers. Only three of those have any experience, so there’s no illusions of the task ahead. But the program has been salvaged. Last year’s 0-13-1 conclusion, with barely enough available players to conduct a contest, was unfair to both the Stars who suffered through it and the opponents who gained no advantage from the unavoidable blowouts.

BNL’s three captains – Cora Thomas, Sydney Hallatt and Alice Bair – are the lone returning veterans. Almost everyone else is a freshman. Roberts, who also served as an assistant at Franklin Central before returning home, has a tough job.

“We’re a very young team – which is good,” said Roberts, who played four seasons at Franklin College. “We have a lot of athletes, which is exciting. That helps a lot. Most of them could jump into any sport. That’s my job, to teach the soccer skills.

“I see this as a building year, but I’m hoping that this big freshman group, and they have some soccer in the past, sticks around for four years. Hopefully we can eventually stop the building stage and be an established group.

“I have a very positive feeling about this year. The attitudes are great.”

BNL will open the season at home against Silver Creek on Saturday at 11 a.m.