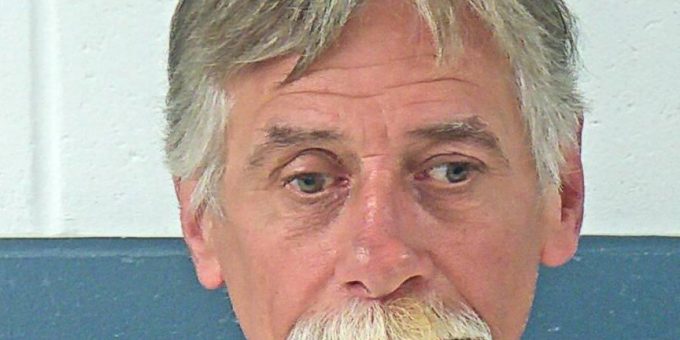 MITCHELL – A Mitchell man was arrested Tuesday when Mitchell Police Officers responded to a report of a domestic fight on March 8, 2022.

According to a probable cause affidavit, on March 8th, at 11:17 p.m. Mitchell Police officers were requested to 1180 South 9th Street after a report of a physical domestic fight was in progress.

Upon arrival, officers could see multiple people inside the home through the front window along with a small child. Smith was standing in the doorway. Smith was ordered out of the home. While another officer went inside the home to talk to the women.

A female inside the house told police that Smith had drunk half of a bottle of Fireball whiskey. He began yelling profanities at the two women. Then he got in the face of one of them and yelled at her. He continuously grabbed the other woman by the arm. Then tried to grab a cigarette out of the woman’s mouth and struck her in the nose when he tried to do so and threatened to bring in the “outlaw motorcycle club” and “take care of her”.

Smith then told the officers that he was going to “put a bullet in all of them”.

Smith told police nothing happened and he “did not touch anyone”. He also denied drinking.

Police say Smith tested positive for alcohol and produced a 0.144 percent on a breathalyzer.