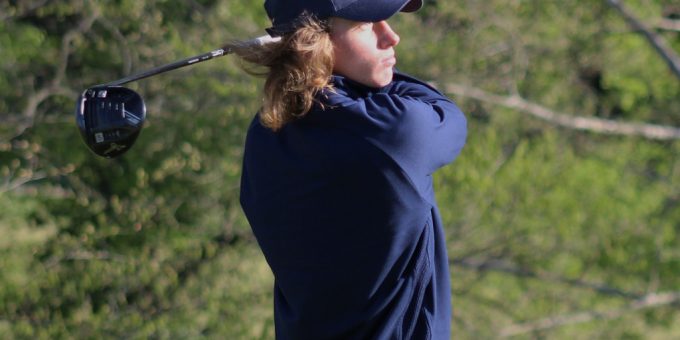 BEDFORD – Jeff Hein already leads a Bedford North Lawrence program with a rich history of success. Now he’ll added a second coaching title to his work load while taking over another of the school’s top-tier institutions.

Hein will begin double duty as the new head coach of BNL golf, succeeding Mike Wright at the helm. Wright left after 23 years and continued the established success in with seven Hoosier Hills Conference titles, six sectional championships and three regional crowns. He took the Stars to five appearances in the IHSAA state finals and had nine individuals qualify for the final stage of the state tournament series.

So those are big shoes to fill as Hein becomes the sixth man (following Bob Lee, Hall of Famer Max Ramey, Bob Masterson, Frank Wintin and Wright) in charge of a program that owns 17 sectionals, 8 regionals and 15 state finals appearances (including two third-place finishes and 10 conclusions in the top 10).

“There’s a rich golf history here because of the support from the community, good facilities and a good home golf course,” Hein said. “It makes a big difference. The nice thing is we have nice facilities here. We’re able to have an indoor facility to hit balls, we have a lot of interest.“

Hein has coached basketball for 25 seasons, but he has two previous stints as a golf coach (North Central and Boonville) and helped two individuals reach the state finals at those schools. The biggest difference in coaching a sport where the ball bounces and one where it’s struck with clubs is simple.

“Here’s your scores,” Hein said. “If you’re not getting to play, you need to shoot a better score. The scores don’t lie. It’s probably more mental than basketball. A lot of this is sports psychology, dealing with kids.”

So what does Hein have to deal with for his first BNL team? There’s returning talent, highlighted by senior Trevin Hutchinson following his success in the state tournament last season. Early-season qualifying, which culled the 28 that reported for the first round down to a manageable number, has separated returning juniors Jett Jones and Corbin Houston, plus senior Dylan Endris in a first-look lineup. Hein will get help from assistant coach Aaron Harrell (the former pro at Otis Park) and John Bertges (the current Otis pro) with honing skills.

“There’s competition throughout,” Hein said. “There are some young kids that will push the younger kids. It’s a nice mixture. Our lineups will probably change from one event to the next because of the competition we have, which is exactly what you want.”

Hutchinson should make the biggest splash. He cared 75 as BNL advanced from the sectional at Bloomington (at Cascades), then fired a 2-over 74 during the regional round at Champions Pointe. He finished 94th in the state finals.

“We need to bring these young kids along,” Hein said. “It’s a lot easier to go to the state finals with your team that it is as an individual. It’s so much easier to play when you’re comfortable around your teammates. Jett and Trevin are pushing one another, and you need that, pushing each other every day to get better.”

BNL will open the season in the Seymour Invitational on April 2.