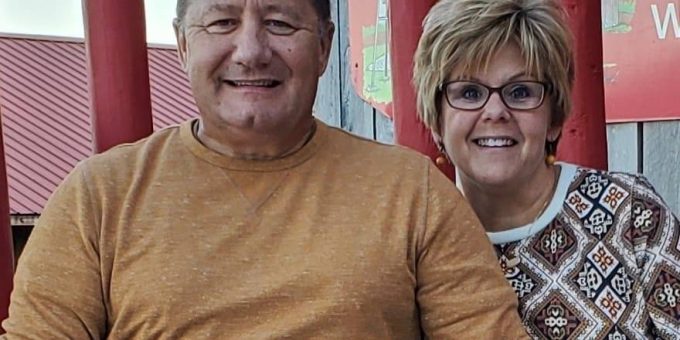 The announcement was made at Tuesday night’s Dogwood Festival planning committee meeting.

“Tom has been an important part of the Dogwood Festival’s success for many years,” said Orleans Chamber Executive Director Robert F. Henderson. “Often he is working behind the scenes, but his creative touches and invaluable input have made a lasting impact.”

After a two-year absence due to the pandemic, the 51st annual festival is slated for April 23-30.

Bostic has been the preacher for the Orleans Christian Church for more than 25 years, since May of 1996.

In selecting Bostic as grand marshal, Henderson cited Bostic’s numerous contributions to the Dogwood Festival through the years.

He has served as the Master of Ceremonies for the Dogwood Pageants year after year along with lending his voice to numerous other official festival events and ceremonies through the years.

Bostic has also has worked on various community and Dogwood projects including spearheading the sponsored activities of the Orleans Ministerial Association.

“We invite everyone to come out and help us honor Tom for all his contributions to our little hometown on Parade Day, April 30,” Henderson said.

Tom grew up in Columbus. He is married to Laura Ann Hammel Bostic, and they have 3 grown children, Katie, Kyle, and Jacob.  They are also the proud grandparents of 3 grandchildren – Everly, Issac, and Delaney.