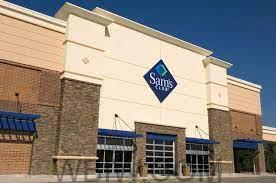 COLUMBUS – An Ohio man died after falling nearly 30-feet through a skylight at the Columbus Sam’s Club store Tuesday afternoon.

Columbus Fire Department firefighters were called to the store on Merchants Mile at about 2:19 p.m. Tuesday on a report of a person being injured. They found Columbus Police and Columbus Regional Health paramedics providing CPR to an unconscious man found on the floor of the business.

Employees told investigators the man had been working on the roof of the building when he slipped and fell through a rooftop skylight 27 feet to the floor below. Despite the efforts of first responders, 42-year-old Pedro Gonzalez of West Chester, Ohio died at the scene from his injuries.

The Bartholomew County Coroners Office reports Gonzalez suffered fractures to the skull and cervical spine. The case remains under investigation and the coroner’s office had not yet ruled the cause of death.