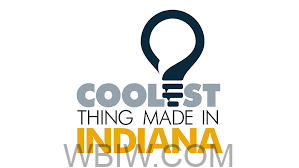 INDIANA – The Indiana Chamber of Commerce’s inaugural Coolest Thing Made in Indiana tournament began with a packed field – 65 worthy manufacturers from nearly 50 locations in 35 counties. Now, we are down to the final four companies.

The semifinalists for the contest – sponsored by MCM CPAs & Advisors – are:

Public fan voting to see who reaches the finals is underway at www.indianachamber.com/coolestthing.

“For our four semifinalists, it’s time to really rally the troops and call on your supporters to vote. You’re two steps from the mountaintop and being the first-ever Coolest Thing Made in Indiana champion,” says Indiana Chamber President and CEO Kevin Brinegar.

“We are pleased with the enthusiasm shown for the tournament and the thousands of votes cast each round. It really has brought the state’s rich manufacturing tradition into the spotlight – where it belongs.”

The champion, runner-up, and two semifinalists will be honored February 15 at the Indiana Chamber’s annual Chamber Day Event at the Indiana Roof Ballroom in downtown Indianapolis.

For fairness, an online randomizer generated the initial matchups. Entry into the competition was free. To participate, a company did not need to be headquartered in Indiana, but the product entered must be manufactured in the state.

Learn more about the semifinalists and vote at www.indianachamber.com/coolestthing.