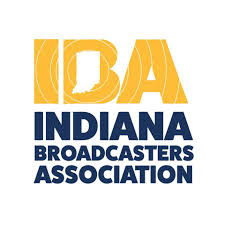 CARMEL – Six Hoosier broadcasters will be inducted into the Indiana Broadcast Pioneers Richard M. Fairbanks Hall of Fame this October.

“The 2021 Hall of Fame Class is made up of diverse broadcasters who pushed the boundaries of innovation and made the Indiana communities where they worked better, more informed places to live,” said Dave Arland, Executive Director of the Indiana Broadcasters Association. “For decades, our newest group of Hall of Famers have provided critical eyes, ears, and voices for Hoosiers.  They have told wonderful stories and are each also active members of their communities.  We are honored to add our 2021 honorees to the rolls of the Indiana Broadcast Pioneers Richard M. Fairbanks Hall of Fame.”

This year’s Hall of Fame class will be inducted during the annual Indiana Broadcasters Conference on Wednesday, October 27.  Hall of Fame honorees for this year include:

Jill Ditmire graced the airwaves of stations across the Midwest for more than 25 years, most recently on WFYI on Indianapolis as a local news anchor on afternoons during All Things Considered as well as reporting for Sound Medicine, Curious Mix, and Art of the Matter.  Jill’s career stops in Detroit and Lafayette as well as several Indianapolis TV stations. She produced her own television series on Indiana Public Television for eight years called “The Good Life” which showcased independent chefs, restaurants, and local wineries.  Jill was an Omnimedia Wine Specialist, an Certified Wine Judge, and owner/buyer of The Mass Ave Wine Shoppe & Cafe in Indianapolis.

When Delores Poindexter started her radio career in 1970, she was one of only a few women on the air in Indianapolis at the time.  She started as a DJ on Sunday mornings on WTLC and was entertained with her personality and knowledge of the community and gospel music.  When the legendary Rev. Mozel Sanders passed away in 1988, Poindexter took over WTLC’s weekday early morning gospel music program that became a top-ranked program in the market.  She was the first African American woman licensed Disc Jockey to have a national radio program on WTLC Radio and the first African American woman to have a number one rated show for 15 years. She also was the first woman to host her radio show inside the prisons and jails throughout the city and state. Poindexter was a pioneer in gospel music and a world-renowned singer, singing with the greats of gospel music.

Mike Blake is now in his 51st year at WFIE-TV in Evansville.  After graduating with a master’s degree in radio, television, and film from the University of Iowa in 1968, he entered the U.S. Army.  He served two years, including the final 11 months on with the Armed Forces Vietnam network.  In September 1970, he began a remarkable career in the Evansville market, starting out as a weekday weatherman and weekend sportscaster.  In more than 40 years of sports reporting, Blake has received Associated Press awards for both sports and news work. Over the following decades, he co-anchored the first 5:00 p.m. newscast in Evansville, helped to launch the first Friday night high school football and basketball shows, and continues to host the popular news and community service-oriented show “Midday with Mike.”  He has been elected to five sports halls of fame, including those saluting excellence in Indiana football and basketball.

Steve Sweitzer is the owner and operator of Sweitzer Productions, which provides video and still photography, editing, writing, reporting, and field producing services. His clients include 60 Minutes, CBS Sunday Morning, CBS News & The Letterman Show. He is also Chief Photographer and a reporter/producer for Pet Pals TV and Great Day TV with Patty Spitler – where he reports a regular segment called Steve’s Tech Talk. Steve has more than 40 years of broadcast TV news experience, mostly at WISH-TV in Indianapolis; as Chief Photographer and News Operations Manager. Among his numerous awards, he has been Indiana News Photographer of the Year and received first place in the Associated Press reporting category.  For more than twenty years, Steve has taught courses at Indiana University Purdue University (IUPUI) where he received the Chancellor’s Award for Excellence in Teaching, their highest honor for an adjunct professor.

Derrik Thomas spent more than 40 years as a versatile general assignment reporter for WRTV in Indianapolis. He was the station’s third African American on-air reporter.  Widely praised for his incisive and lively writing style, Thomas produced thousands of stories on all subjects and events. He was particularly notable for his coverage of the courts and criminal trials, and feature stories emanating from the Indianapolis inner-city community. His stories also generated first place awards from Associated Press, United Press International, Sigma Delta Chi, and Society of Professional Journalists, and lifetime achievement recognition from journalist organizations like the Indiana Association of Black Journalists, for a career that spanned 43 years.  His career began with stints at WMT-TV in Cedar Rapids, IA and KSMP-TV in Minneapolis. The Chicago-born and raised Thomas earned a degree in English from MacMurray College and a bachelor’s degree in journalism from the University of lowa.

Dick Wolfsie left teaching in 1979 to host television talk shows in Columbus, OH; Boston, and Chicago, then on Good Morning New York on WABC-TV. He moved from New York to Indianapolis in 1982 to cohost WISH-TV’s Indianapolis Afternoon. In 1986 he created, produced, and hosted a morning talk show on WTHR-TV from Union Station in Indianapolis.  In 1990 he returned to WISH-TV as a feature reporter on Daybreak until 2020.  His work in Central Indiana has resulted in dozens of honors including a Casper Award and two Emmys. Many of his video essays have been broadcast nationally. Dick Wolfsie is also a freelance writer and public speaker. He has authored 14 books and he currently writes a weekly humor column syndicated in 30 newspapers. He retired from WISH-TV in March of 2020, after 40 years on the air in Indianapolis.

About the IBA:  The Indiana Broadcasters Association is comprised of more than 270 member radio and television broadcasters, serving listeners and viewers throughout the Hoosier state.  The IBA advocates for member stations in Washington and the Indiana Statehouse, offers a variety of training programs for members, conducts voluntary FCC inspection programs, provides scholarships to college students studying broadcasting, hosts career fairs for members to recruit employees, and recognizes stations for excellence in community service and broadcasting.