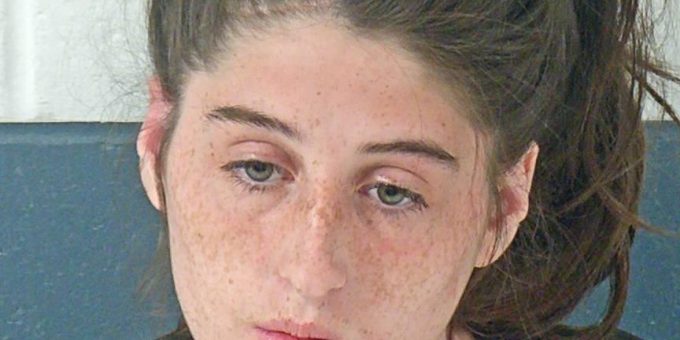 When police arrived in the 5080 block of Old Farm Road at 12:18 p.m. they found 21-year-old Katelyn Blackwell. She told police she was walking to Mitchell. She then began yelling at a homeowner who was outside.

Blackwell told the officer the homeowner had been verbally yelling at her and made the statement that she was about to go to jail for battery.

Blackwell said she had been sitting on the porch of the home with her boyfriend when the homeowner exited the home and began yelling at her.

The officer asked Blackwell if she could arrange for someone to pick her up and take her home. Since she was unable to do so the officer offered her a ride to her residence. Blackwelll agreed to the ride with her request to be placed in handcuffs for her own safety.

She then declined the ride and said she would walk home.

The officer then spoke to the homeowner who said Blackwell was in a new relationship with her son. Her son had told her that Blackwell wanted him to do things with her that he was uncomfortable doing.

The homeowner and mother of the male that Blackwell was dating then confronted Blackwell about the conversation between she and her son.

Blackwell became agitated and began to yell loudly at the homeowner. At this time the officer ordered Blackwell to stop or she would be arrested for disorderly conduct.

Blackwell continued to be beligerent and resistant with the officers as they attempted to place her in the police car. Blackwell utlimately conceded and entered the police car.

She was arrested on charges of disorderly conduct, resisting law enforcement, and battery against a public safety officer.