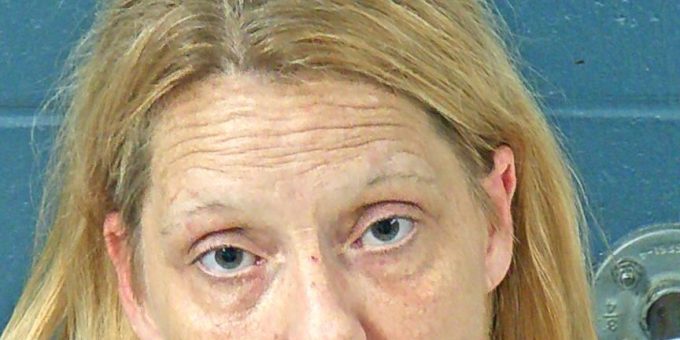 MITCHELL – A Mitchell woman was arrested Saturday after a Lawrence County Sheriff’s Department deputy received a report of a suspicious woman in a black car near Rabbitsville and Yockey roads.

When the officer arrived at 7:44 a.m. they found 49-year-old Carrie Hisel sitting in the driver’s seat at the stop sign at Rabbitsville and Yockey roads.

Hisel told the officer she and her passenger were waiting on a male who had gone down the road. However, there was no one else in the vehicle with Hisel.

She then looked in the back seat and told the officer, “she must have got out”. The officer then asked who “she was” and Hisel said “some girl.”

The officer said he could smell a strong odor of marijuana coming from the vehicle.

The officer asked Hisel to step out of the vehicle. The officer found rolling papers and a partially smoked marijuana cigarette. In the rear seat, police found Hisel’s purse that contained 14 marijuana roaches and a pink plastic case that contained two grams of crystal meth, and a baggie containing 4 grams of marijuana.

Hisel was arrested on charges of possession of meth and marijuana.