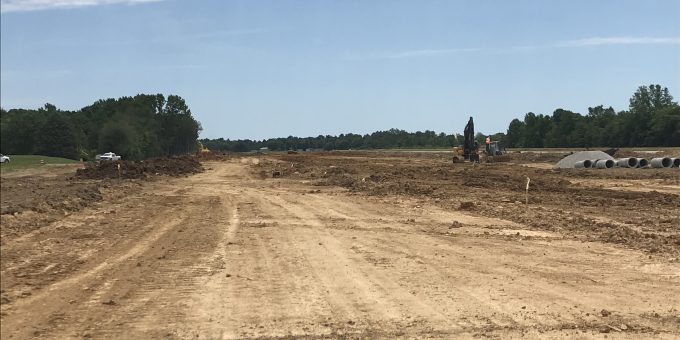 BEDFORD – The construction of a new taxiway is underway at the Virgil Grissom Airport. The total cost for the project is estimated at $2.8 million.

The cost of the project was made possible through a grant from the Federal Aviation Administration. The project will be completed in two phases, according to Jeff Lytton, manager of the airport.

According to Lytton, the first phase of the project will include moving dirt to create the taxiway, an entrance, and three exits.

The second phase of the project will be the paving of the taxiways.

The purpose of this important project is to prevent runway incursions during the landing or taking off of airplanes on the same runway.

According to the FAA, a runway incursion is “any occurrence in the airport runway environment involving an aircraft, vehicle, person, object, on the ground that creates a collision hazard or results in a loss of required separation of an aircraft taking off”.

Currently, there are two runways at the airport.

Lutgring Brothers Inc., of Tell City, Indiana is completing the work needed for the first phase and is expected to have the project completed in 40 days, weather permitting.