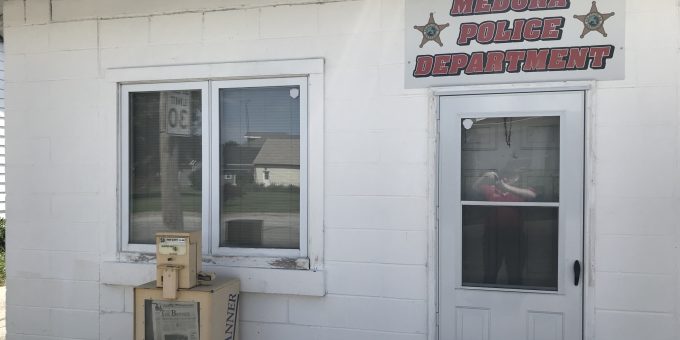 Stargell held the only paid position, while Reserve Officer Josh McConnell volunteered his time with a requirement to serve a minimum of set hours.

According to town officials, Stargell did not have any arrest powers. They felt it was a waste of taxpayers’ money to have him on the payroll. Therefore, the town council unanimously voted to terminate his position as well as the reserve position.

According to the Town Attorney Matt Lorenzo, Stargell had a year to complete training at the Indiana State Police Academy and he failed to do so, without completing the training Stargell had no arrest powers.

Residents of the small town of Medora are concerned about police protection in the community.

Nancy George a resident of Medora told WBIW she was concerned about her town.

“I am concerned about having the Town of Brownstown and Jackson County Sheriff’s having to respond to Medora. There is a delayed response in getting either Brownstown or Jackson County Sheriffs Department to our town taking several minutes to receive help. An incident this week requiring the two departments to respond to our town was concerning,” said George, “However, I do not know why anyone would apply in the first place to that position. The position is low pay and the town does not provide insurance either,”

The council also said Stargell will need to turn in any police department-issued equipment before he gets his final paycheck. That would include uniforms, keys, badges, radios, body cameras and bulletproof vests. McConnell also will have to turn in his equipment.

WBIW has tried to contact Medora Town president Jerry Ault but he has not responded to our inquiry at this time.

The town is currently taking applications for both of the newly vacant positions.

Applications for the marshal position and reserve officer are available at Town Hall, at 27 North Perry Street in Medora.