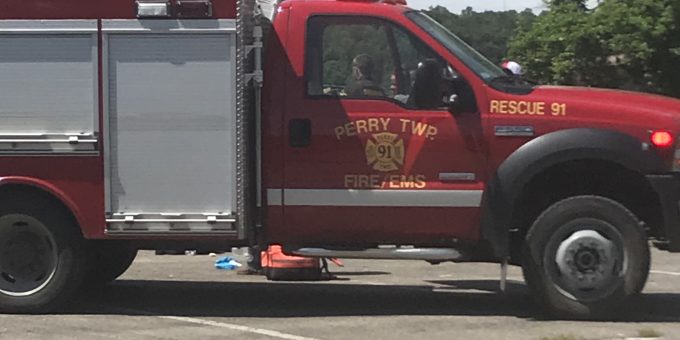 SPRINGVILLE – Emergency crews were busy over the weekend near Springville after several incidents were reported.

The first incident occurred at the Lawrence County Recreation Park, on Moore Lane. The incident happened at 3:02 p.m. Sunday afternoon.

A person riding a motorcycle was injured. While investigating that accident, a second person was reported injured requiring a second ambulance to respond. Seals Ambulance and IU Health Ambulance along with the Perry Township Volunteer Fire Department responded to the scene.

One of the patients were transported to IU Health Bloomington Hospital.

On Sunday afternoon, a person was injured during a tractor accident in the 4400 block of Old Farm Road. This incident happened around 6:41 p.m. It took first responders several minutes to locate the accident. The accident victim was transported to IU Bloomington Hospital by Seals Ambulance Crew.

On Monday afternoon, two people were injured in an ATV accident in the 200 block of Popcorn Road. The call for this incident came in at 3:14 p.m.

A medical helicopter and Marshall Township Volunteer Fire Department were dispatched to the Springville Elementary School but were not needed.

One of the accident victims was a two-year-old child who suffered a head injury. Both were taken by ambulance to IU Health in Bedford. Two Seals Ambulances, an IU Health Ambulance, Lawrence County Sheriff’s Department, and Perry Township Volunteer Fire Department responded.