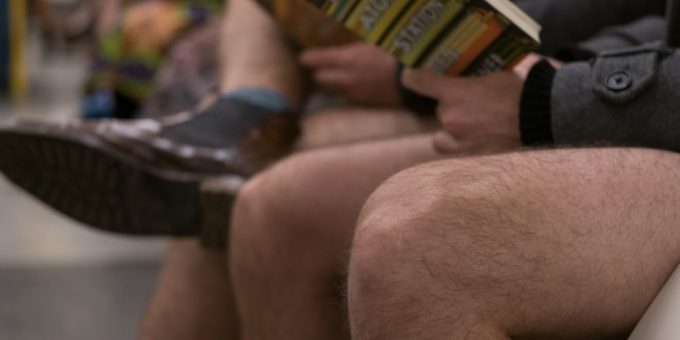 UNDATED – Do you believe in ghosts? Whether you’re a skeptic or psychic, National Paranormal Day’s is today.

National Paranormal Day is for those fascinated by the unknowable “other side.” If you don’t know your normal from your paranormal, don’t worry — you can still celebrate! Just head online to learn about the movies, documentaries, and science fiction that deal with this subject.

Just like any paranormal activity, no one knows the origin of National Paranormal Day. The only thing we do know is that it was created in 2013, and that’s about it. But the truth is out there, and we may find out one day. The universe is packed with all sorts of oddities, dimensions, and great unknowns. Simply put, any occurrence that cannot be explained by logic or science, is more or less classified as paranormal, because it falls outside the realm of the normal. Vampires, ghosts, Bigfoot, and more, there are ever-increasing encounters with the paranormal around the world.

However, documentation of these mystifying phenomena only began a few hundred years ago. The man best known for collecting paranormal anecdotes is American writer Charles Fort. Some have even declared him the father of modern paranormalism. He compiled approximately 40,000 notes on paranormal experiences.

On Tuesday may the force be with you as we celebrate National Star Wars Day.

The 1977 release of “Star Wars” changed Hollywood forever. Four decades later we’re still enthralled. Just last December, “Star Wars: Episode IX – The Rise of Skywalker”, was released in theaters. Following the previous two movies of the sequel trilogy, “The Force Awakens” and “The Last Jedi”, the main Star Wars film franchise has come to a conclusion. So — Happy Star Wars Day this May 4.

National Astronaut Day is celebrated on May 5 since 2016 to commemorate the first time an American, Alan Shepard, went to space. From the first-ever space flight to the longest spaceflight by a woman; we have come a long way.

Did you know that Lawrence County, is home to three United States astronauts – Kenneth D. Bowersox was born in Virginia but raised in Bedford and Charles D. Walker was born and raised in Oolitic, and Mitchell, is the hometown of Virgil I. “Gus” Grissom. Grissom was killed in the Apollo 1 accident.

It’s no news that faith is a big part of American culture. It’s a diverse nation filled with people from various ethnicities with a variety of beliefs. Americans sure are no stranger to faith, and so it shouldn’t be a big surprise that they’ve decided to create a day that has a theme all about these religious diversities on Thursday with National Day of Prayer.

The National Day of Prayer was founded in 1952, and it was co-founded effort between the United States Congress and President Harry S. Truman.

The holiday was signed into law by President Truman, and every president since has signed a proclamation that encourages Americans to pray on and celebrate this day. The national holiday has always been the first Thursday of May every year since it was founded in 1952. It stands as a day that continues the decision-making of the country’s founding fathers, which used the morals from biblical lessons in difficult situations. Basically, using God’s guidance to make important decisions in the country and for yourself.

We celebrate National Space Day on Friday, May 7 this year. It was created to inspire all of us in the pursuit of knowledge and progress.

Ever since, the curious-minded have been fascinated with space and its state of feeling so near and yet so far. Whilst early cultures identified things in the sky as gods or spirits, it was the ancient Greeks who developed the study of planets and stars into something resembling the astronomy we know today. Although the heliocentric system was first suggested by the ancient Greeks, the theory wasn’t developed and published until 1543 when Copernicus outlined his ideas about the planets revolving around the sun.

Astronomy was further advanced by Galileo Galilei in the 17th century, who has often been referred to as ‘the father of astronomy’ due to his avid pursuit of it against the wishes of his patrons, colleagues, and even the Pope. He invented important apparatus for observing space and proving his theories, although he spent much of his life under house arrest for his work.

Centuries later, space continued to be a contentious issue when the space race began between Cold War rivals, America and Russia. The two countries competed to be the first to achieve space flight and eventually put a man on the moon. The victory was America’s, when Apollo 11 and its team of astronauts landed on the moon on July 16, 1969.

In 1997, the Lockheed Martin Corporation introduced National Space Day as a one-off event, and it was later expanded to International Space Day in 2001, due to its extreme popularity, by former astronaut and senator John Glenn.

Friday is also National No Pants Day. Can you believe that the oldest pair of pants ever discovered by archeologists are wool ones in western China that date back more than 3,000 years ago?

While these pants were typically worn during horseback riding, over the years, pants have changed in purpose and material. From equestrian to labor and fashion purposes, to wool and denim materials, distressed jeans are in fashion, and every person has more than one pair.

The first instance of National No Pants Day is said to have started in Austin, Texas, during the 1980s. A club at the University of Texas named the Knighthood of Buh wanted to celebrate freedom from conforming to society and the end of the semester. After finishing their finals, they pulled their pants down and walked around in their undergarments. Although this began as a college prank, this tradition continued until 2000 when states throughout the United States and in other countries such as Canada, Britain, and Australia, started catching onto this day and wanted to participate in it as well.

Saturday National Have a Coke Day and makes you want to break into song, you’re not alone. Recorded countless times since it was written in 1971, the song “I’d Like To Teach The World To Sing (In Perfect Harmony)” accompanied the brilliant hilltop coke commercial with the words “I’d like to buy the world a Coke” and “It’s the real thing” added to make it a haunting and enduring synthesis of coke, peace, and harmony that resonated in the “flower power” era and is still sung today.

Begun more than 125 years ago as a cocaine-fueled medicinal elixir, Coke eventually morphed into the non-narcotic soda of choice for the baby-boomers who came of age in the 60s. As the company grew, it added other flavors and varieties of the original coke. Today the Coca-Cola Company continues to be relevant as the largest soft drink company in the world, expanding its uniquely American taste into the world’s largest emerging markets to become a global brand.

And on Sunday we celebrate mothers. Sunday is Mother’s Day.

Remember when the Peace Corps adopted the slogan “The toughest job you’ll ever love”? No offense, Peace Corps, but that adage is more appropriate for motherhood — a job that is ever-changing and frequently exasperating.

Moms don’t get days off, nor do they receive handsome salaries or generous pensions. Instead, their rewards come in the form of sticky kisses, necklaces made of elbow macaroni, and the satisfaction of seeing their children grow up to be happy, healthy adults. That’s probably not adequate compensation — so give Mom an extra hug on Mother’s Day, the second Sunday in May, just in case, and follow our guide to giving back.