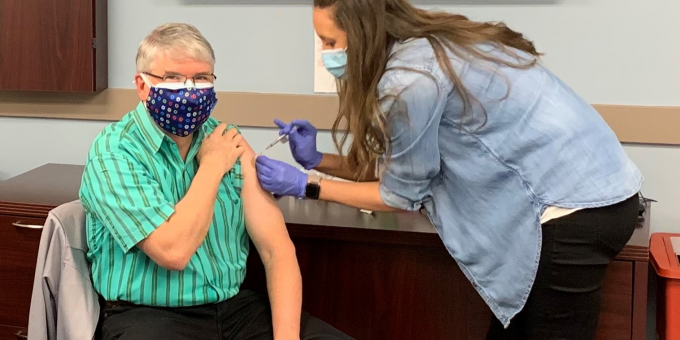 BLOOMINGTON – The City of Bloomington has received no reports of employees’ having received a positive result of a COVID-19 viral test since the last public update on March 11.

The last case of COVID-19 among City staff was announced Thursday, February 25.

Since the start of the pandemic, 72 positive COVID-19 viral test results have been reported by City workers, including those employed by the municipal corporations that operate the water utility (City of Bloomington Utilities), transit system (Bloomington Transit), and public housing (Bloomington Housing Authority). Sixteen total cases were reported during the eight months from March through October 2020.

That monthly rate rose more than eight-fold in the single month of November to 17 cases and rose another 29 percent in December (22 cases). January saw that monthly rate decline 41 percent to 13 positive cases. February saw a total of only four employee COVID-19 cases, representing a 69 percent decline from January’s monthly rate.

No cases have been reported thus far in March.

Data about COVID-19 cases among City employees, in the county, the state, and the nation is presented on this online dashboard. Other COVID-19-related updates and resources are assembled here.

Mayor John Hamilton received his first COVID-19 vaccine, from Pfizer, on Wednesday, March 17 at the IU Health Medical Arts Building. He is scheduled to receive the second booster dose on April 8.

After getting the first shot, Mayor Hamilton stated, “I am very pleased to join others who are receiving vaccinations and eager to do my part in making our community safer. I strongly encourage all to be vaccinated at your earliest convenience, as soon as you are eligible. These extraordinary vaccines are safe, effective, and essential. Let’s whip this pandemic and move forward.”

The City of Bloomington is committed to sharing information about how its operations and workforce are affected by this public health emergency, and will continue to provide weekly updates about confirmed cases among staff while protecting employees’ privacy.