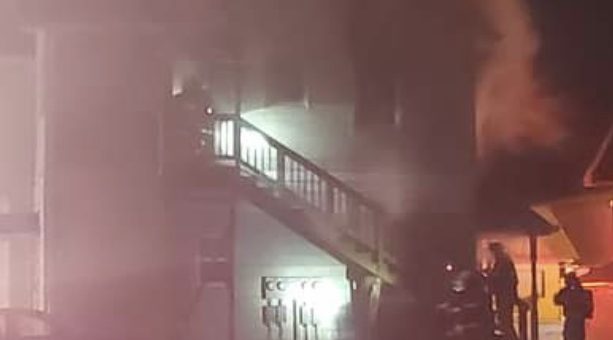 According to Bedford Fire Chief John Hughes, a space heater was left on and burned a hole through the floor.

One person staying in a downstairs apartment was alerted to the blaze after a smoke detector activated. They were able to escape without any injuries.

There was heavy damage to the room where the fire originated and smoke and water damage was recorded throughout the building.

The apartment building is owned by David Seldon.