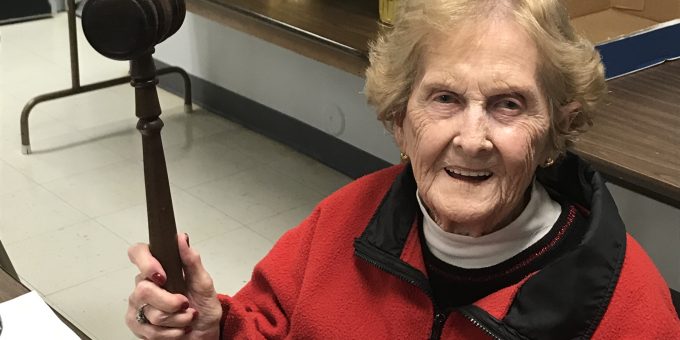 (BEDFORD) – Myra Shipman’s last board meeting for the Bedford Housing Authority was Thursday afternoon. Shipman has served on the board for more than 8 years.

Her term ended at the end of this year and decided it was time to step down.

Shipman worked at RCA and owned and operated Hansel and Gretal Bridal Shop in Bedford for several years.

Under her tenure as a board member the Bedford Housing Authority has seen many improvements over the years.

Board members stated she will be greatly missed as her commitment to housing for Bedford residents was always her concern.

Shipman received a token of appreciation for all her years of service to the Board of Commissioners.

Bedford Mayor Sam Craig will be appointing someone to fill the vacancy on the board in the near future.