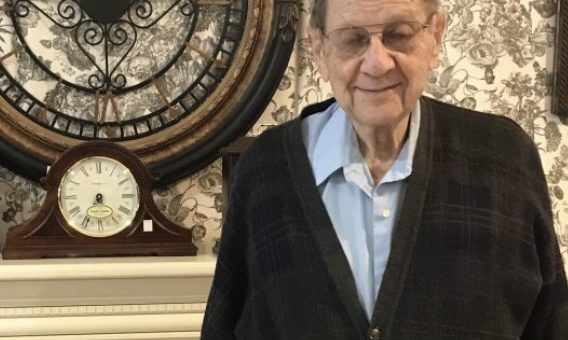 (BEDFORD) – Longtime Bedford community leader and businessman David A. Jacobs passed away on Wednesday at his residence.

“His input and concern for the city were greatly appreciated and he will be greatly missed,” added Woodward.

Early this year, Jacobs stated he was asked by many people “How much longer you plan to live?” He answered, “I plan to live until I die”.

“I have a good life and enjoyed every minute of it,” Jacob commented to a WBIW reporter in February 2020.

Mr. Jacobs became owner of Bedford Furniture Galleries when he purchased the store from his father in 1969.

Dave Jacobs was proud of the community he grew up in and the life that he created in Bedford. One of his goals was to contribute back to the community that offered him so much. Mr. Jacobs served on many community organizations throughout his life to preserve our community’s core values:

“I want everyone to become involved in their community and give back. Always try to help someone, acknowledge them, even though you may not always agree with them say ‘Hi’ or ‘Hello’ and acknowledge them as a human being,” Jacob told a WBIW reporter in February 2020.

A celebration of David Jacob’s life will be held at a later date. Arrangements are being entrusted to the Ferguson -Lee Chapel of Thorne-George Family Funeral Home.