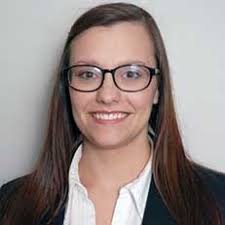 The annual event was held virtually October 27-29 earlier this fall with the announcement coming on the final day of the three-day networking seminar.

“It is an honor to receive this award, for me and for the Resource Development team at the Club,” commented Abshier. “Bloomington is a great community that supports our kids who need us the most. I am proud that this award helps us to share the good work being done in our community with others.”

Each year during the conference, the Regional Outstanding Resource Development Professional Award honors one resource development/fundraising professional from each of the five regions that comprise BGCA’s national operating structure.

The recipient of the prestigious recognition shows dedication, leadership,
ingenuity, and high ethical standards that collectively build a Culture of Philanthropy within their Club and community.

The Midwest Region represents 13 states – which is the largest region under the Boys & Girls Club’s operating umbrella. As the Midwest Region’s winner, Abshier is now one of five finalists in contention to be named BGCA’s 2020 National Outstanding Resource Development Professional of the Year – which will be announced at BGCA’s National Conference next May.

“This recognition from our national organization validates Leslie’s hard work and determination that has resulted in our ability to serve in excess of 650 youth each day,” commented Boys & Girls Clubs of Bloomington Executive Director, Jeff Baldwin. “She is a true champion for youth. The Boys & Girls Clubs of Bloomington is incredibly fortunate to have her on our team.”

Abshier has served as Resource Development Director for the Club since 2014 and has overseen record growth in terms of fundraising support. Under Abshier’s influence, the Club successfully launched the Big Futures Capital Campaign in 2017, which saw nearly $11 million raised to build a brand new facility to serve youth living in the Crestmont community and renovations to the historic Lincoln Street site. General fundraising year-over-year continues to skyrocket for the Club under Abshier; when Abshier started with the Club, annual revenue was under $1 million. In 2019, the Club’s revenue nearly tripled that amount at $2.8 million.

About the Boys & Girls Clubs of Bloomington

The Boys & Girls Clubs of Bloomington is an organization dedicated to empowering all young people, especially those who need us most, to reach their full potential as caring, productive, and responsible citizens.

The Club operates three units serving youth in Monroe County: Lincoln Street, Ferguson Crestmont, and Ellettsville. Offering low annual rates, the Club is a place where all local youth can safely learn, grow, and become the adults of tomorrow. Focusing on Academic Success, Healthy Lifestyles, and Good Character & Active Citizenship, programming at the Club is enriching and varied, led by professional staff and volunteers.